​Building blocks towards an exciting future 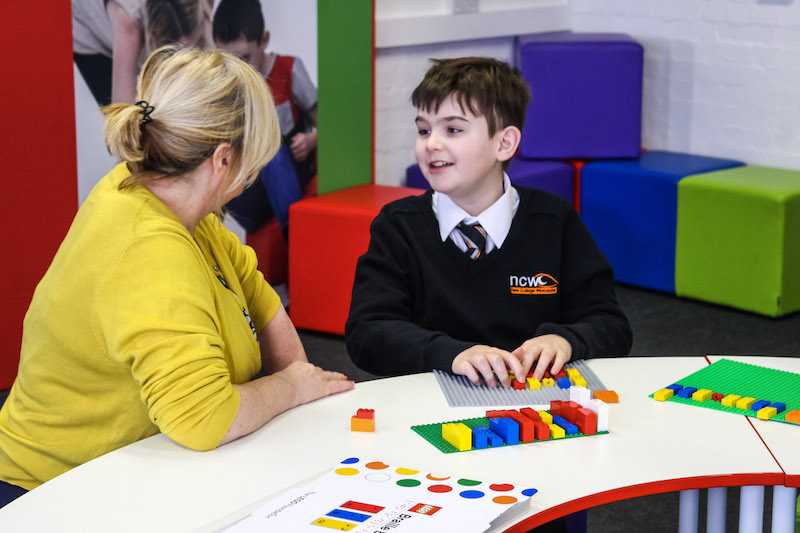 New College Worcester (NCW), a school and college for blind and vision-impaired young people, teamed up with The LEGO Foundation and LEGO Group for a trial of ground-breaking LEGO Braille Bricks.

New College Worcester, a national residential school and college for young people age 11-19 who are blind or vision impaired, has taken part in a revolutionary, global project with The LEGO Foundation and LEGO Group to help blind and vision impaired children learn through play.

LEGO Braille Bricks is a concept which was first proposed in 2011, and since then has been further shaped in close collaboration with New College Worcester along with other blind associations from Denmark, Brazil and Norway.

With a dedicated Braille department and expanded core curriculum, New College Worcester jumped at the opportunity to test the prototype and show the potential of learning with LEGO Braille Bricks in the classroom, which has so far included Mathematics, English and Spanish.

Speaking of her passion for the project, Susan Lock, Head of Mathematics at New College Worcester, said: “Braille gives vision impaired children and adults absolute independence. Without it, how will children learn grammar, or how to spell? The ability to read and understand Braille can be life changing for many of our students and can present very many opportunities, which is why we were so thrilled to be involved in the project.

“I’m passionate about both the Braille Bricks and teaching at NCW because we have the opportunity to transform children’s lives. LEGO Braille Bricks is doing that because it is making subjects far more accessible than they ever were before.”

Daniel, a Year 8 student at New College Worcester, explains: “I started learning Braille when I was 5. It empowers me and enables me to do things I would have never been able to do before, such as entertainment, education and music.

“LEGO is so much fun, but it’s versatile and allows me to have something tangible that I can rearrange in so many ways.”

LEGO Braille Bricks will be moulded with the same number of studs used for individual letters and numbers in the Braille alphabet, while remaining fully compatible with the LEGO System in Play. To ensure the tool is inclusive allowing sighted teachers, students and family members to interact on equal terms, each brick will also feature a printed letter or character. This ingenious combination brings a whole new and playful approach to encourage blind and vision impaired children to engage with learning Braille, enabling them to develop a breadth of skills needed to thrive and succeed in a fast-paced world.

Prior to the launch of LEGO Braille Bricks, many teachers of blind and vision impaired students made their own resources to assist with the learning of Braille, and off-the-shelf products are few and far between.

Braille Bricks is a game changer in the vision impaired world – for both learning and teaching.

John Goodwin, CEO of The LEGO Foundation, said: “Blind and vision impaired children have dreams and aspirations for their future just as sighted children. They have the same desire and need to explore the world and socialise through play, but often face involuntary isolation as a consequence of exclusion from activities. In The LEGO Foundation, we believe children learn best through play and in turn develop the breadth of skills, such as creativity, collaboration and communication that they need. With this project, we are bringing a playful and inclusive approach to learning Braille to children. I hope children, parents, caregivers, teachers and practitioners worldwide will be as excited as we are, and we can’t wait to see the positive impact.”

The product is currently being tested in Danish, Norwegian, English and Portuguese, while German, Spanish and French will be tested later in 2019.

The final LEGO Braille Bricks kit is expected to launch in 2020 and will be distributed free of charge to select institutions through participating partner networks. It will contain approximately 250 LEGO Braille Bricks covering the full alphabet, numbers 0-9, select math symbols and inspiration for teaching and interactive games.

This article first appeared in the 2019/20 edition of Which School? for Special Needs. The digital version can be viewed here: 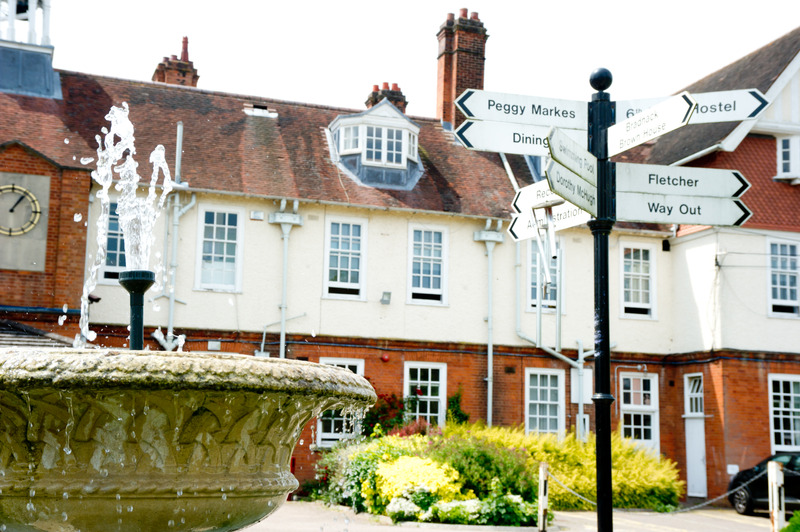 New College Worcester was nominated to win a £1,000 boost as part of specialist insurer Ecclesiastical's Movement for Good awards, which is giving £1million to charities this summer.